Posted by The Artistocrats | Friday, 9 September 2014 | Order of Battle

It’s been a while since we have released some news here, being focused entirely on the beta testing! Let’s have a look at the game’s built-in scenario editor today.

This tool is available directly from the main menu and has been used to create all the game’s official scenarios. So players will have access to exactly the same tool as the developers used to create their own singleplayer or multiplayer maps.

Scenarios are created using the boardgame style visuals, to allow a quick and clear overview of your creation: 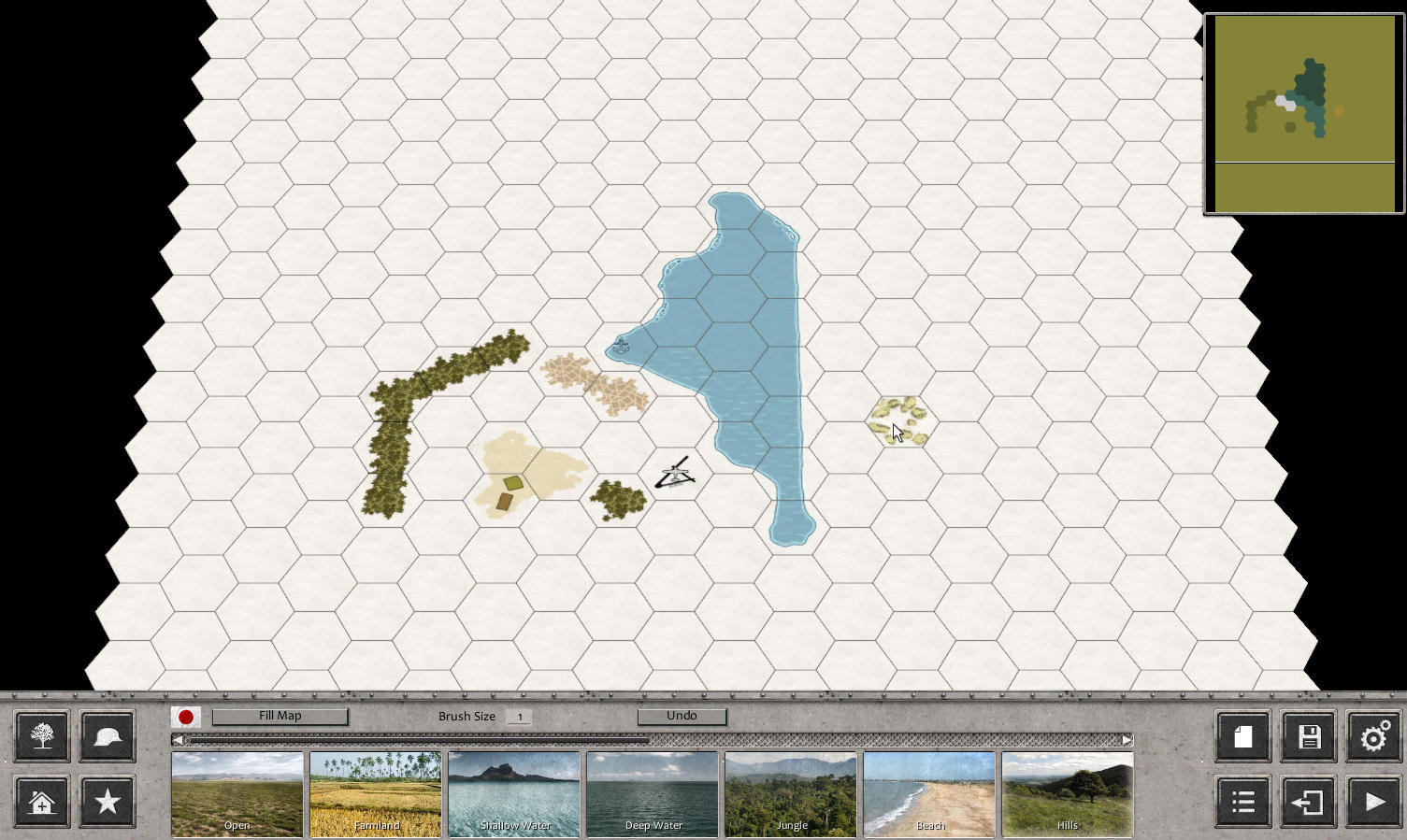 Painting terrain types is usually the first thing you do, to layout the main features of the map. 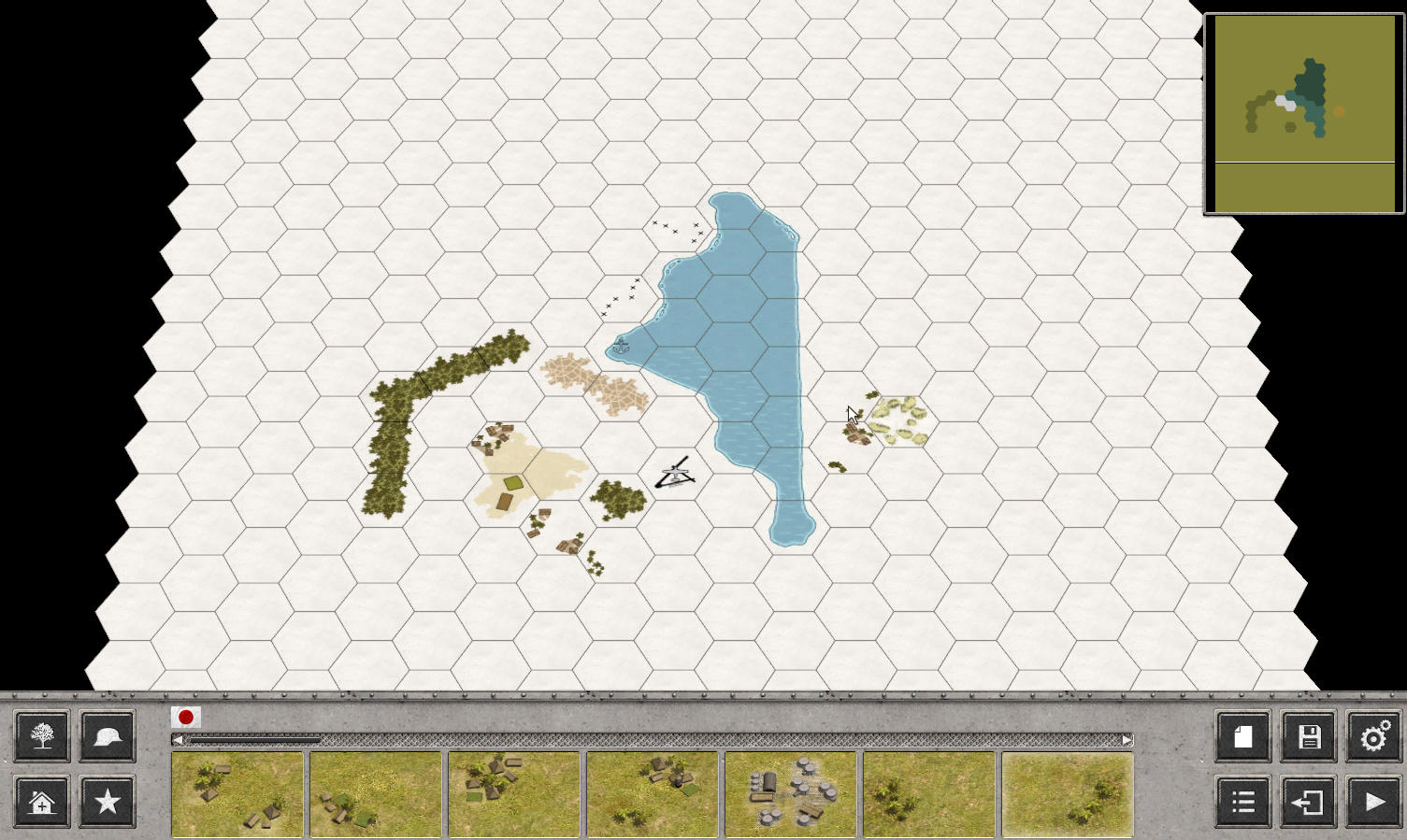 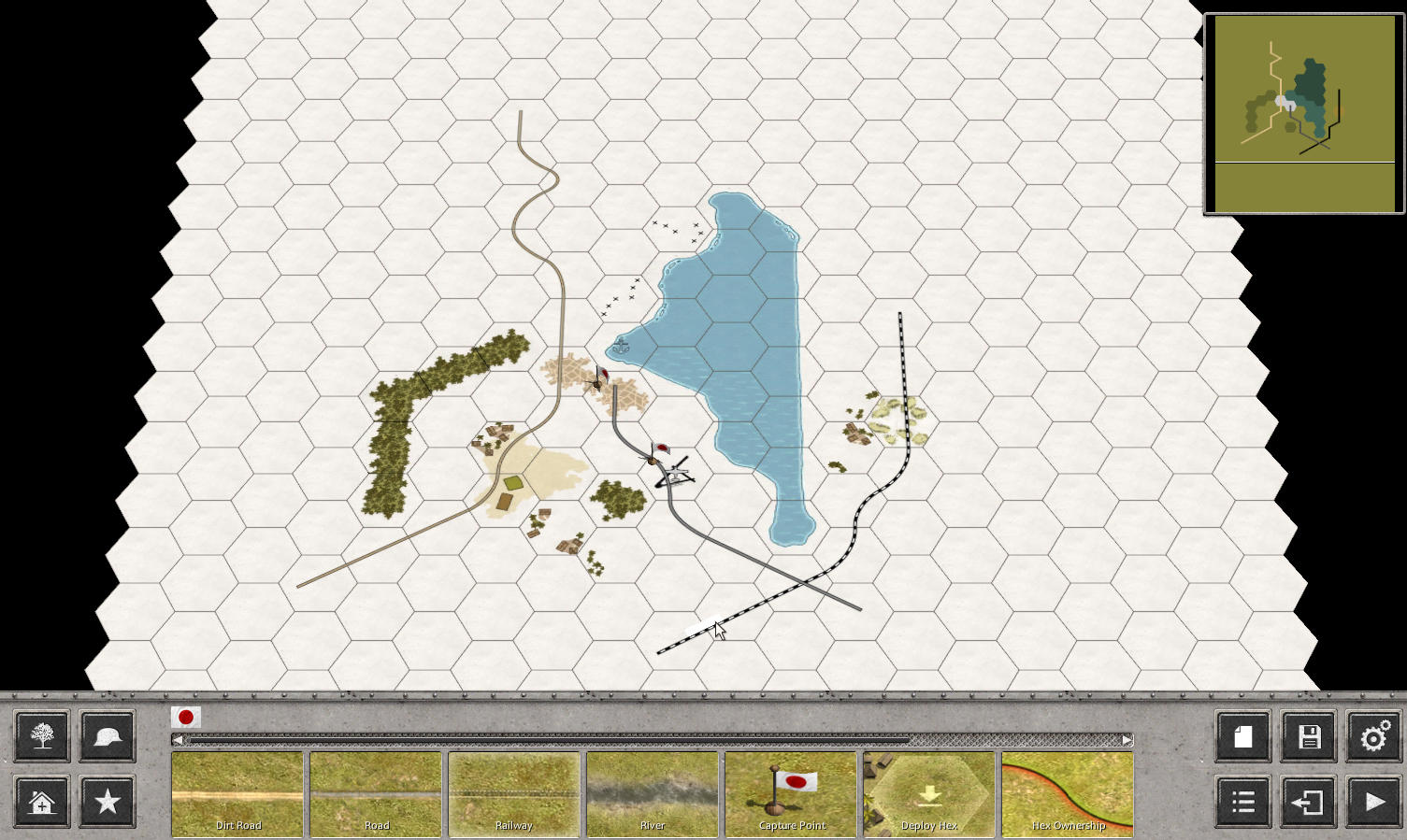 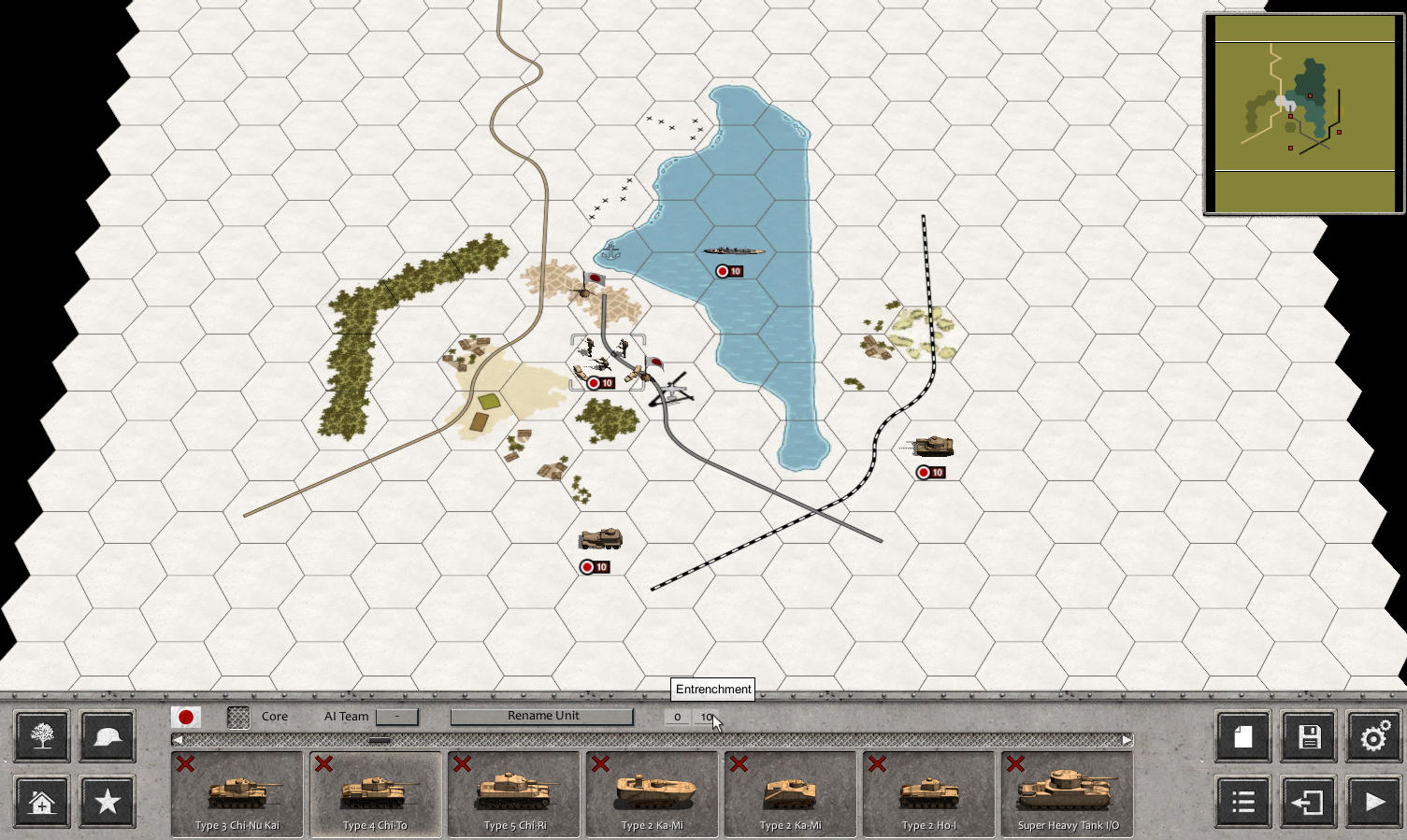 Deploying units on the map is quick and simple, as is setting up their experience level, entrenchment value, assigning custom names etc. 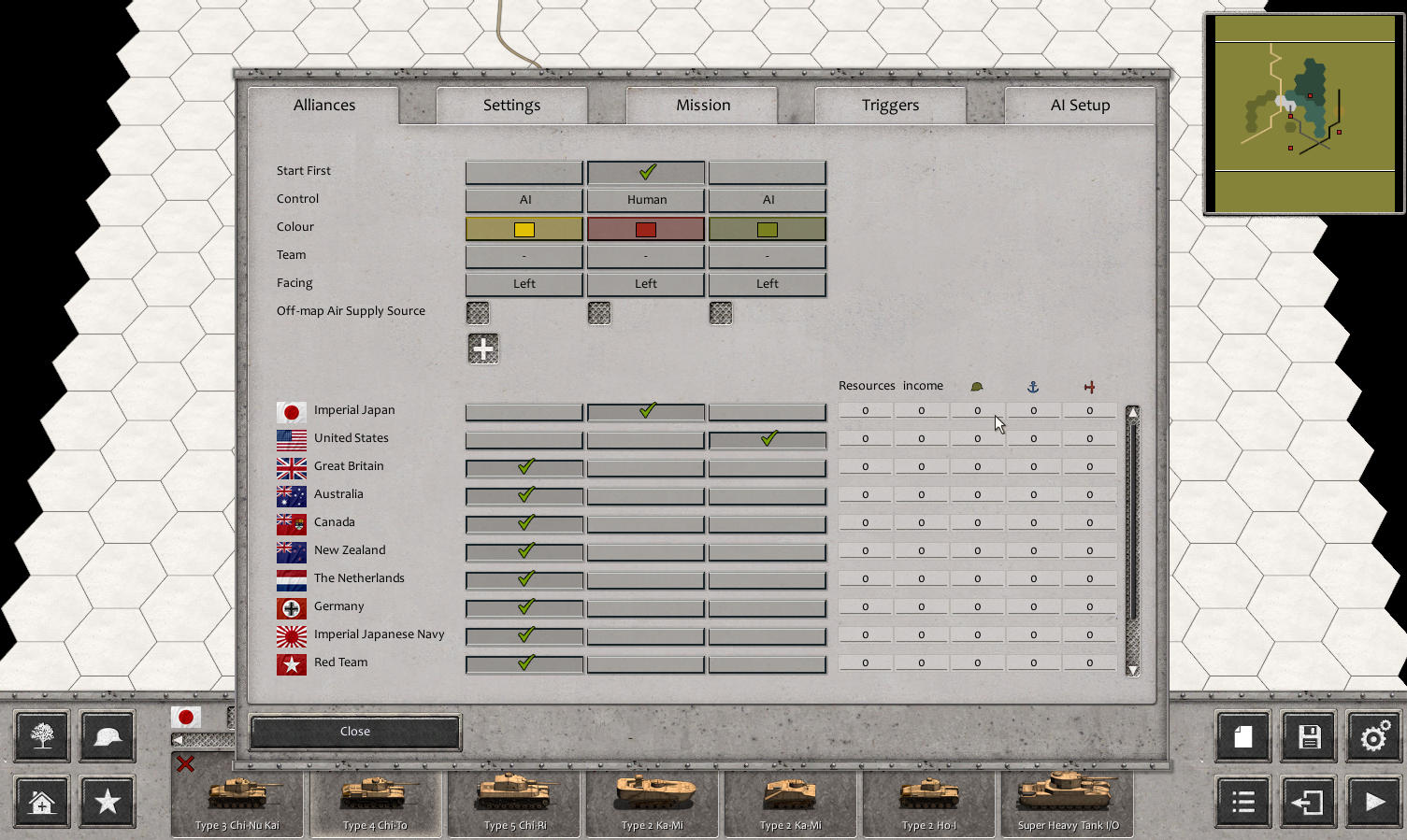 A quick look at the Settings panel, starting with the Alliances tab which allows you to add players and assign nations to them. 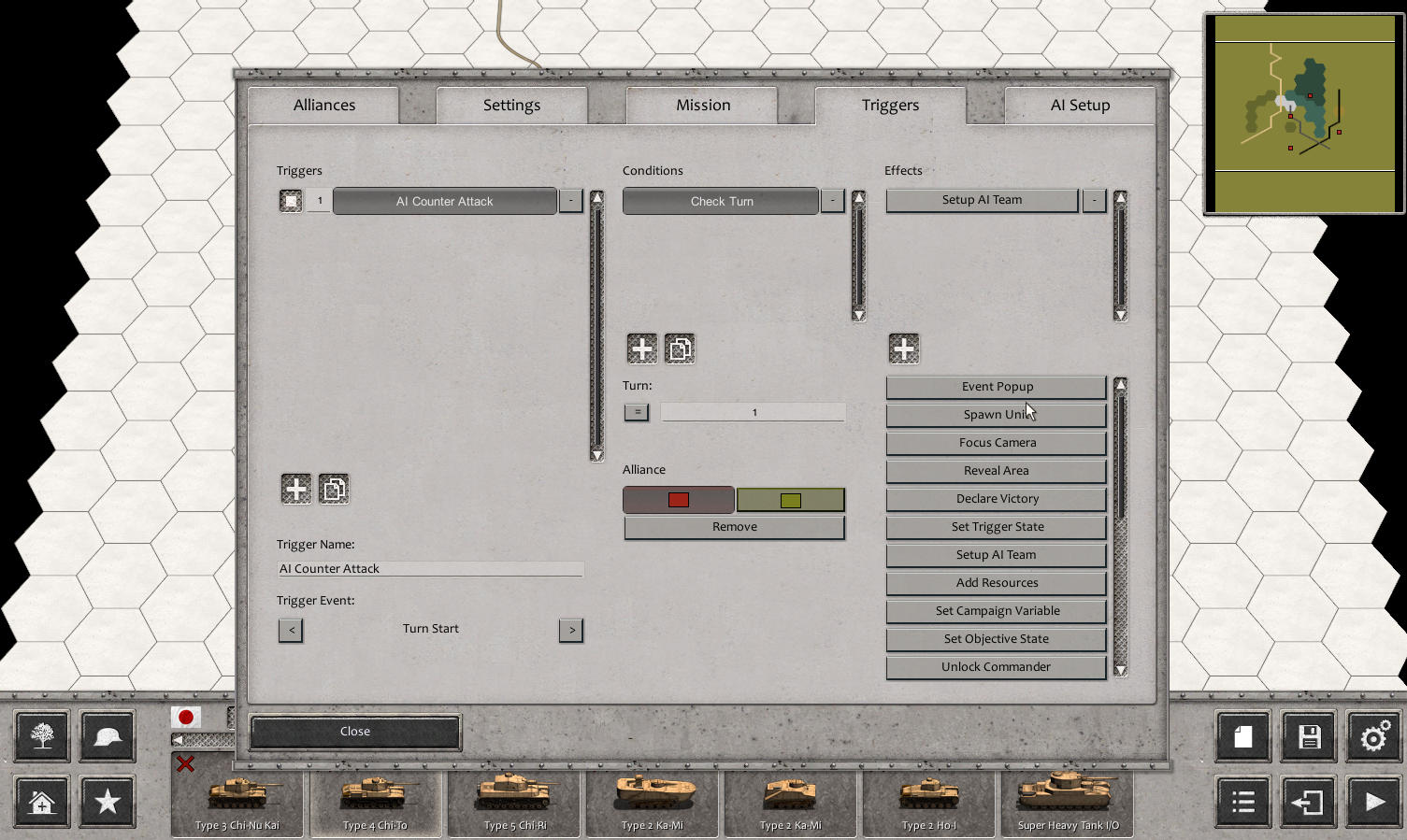 The triggers system is probably the most complex part of the editor, allowing you total control over what happens during the scenario. 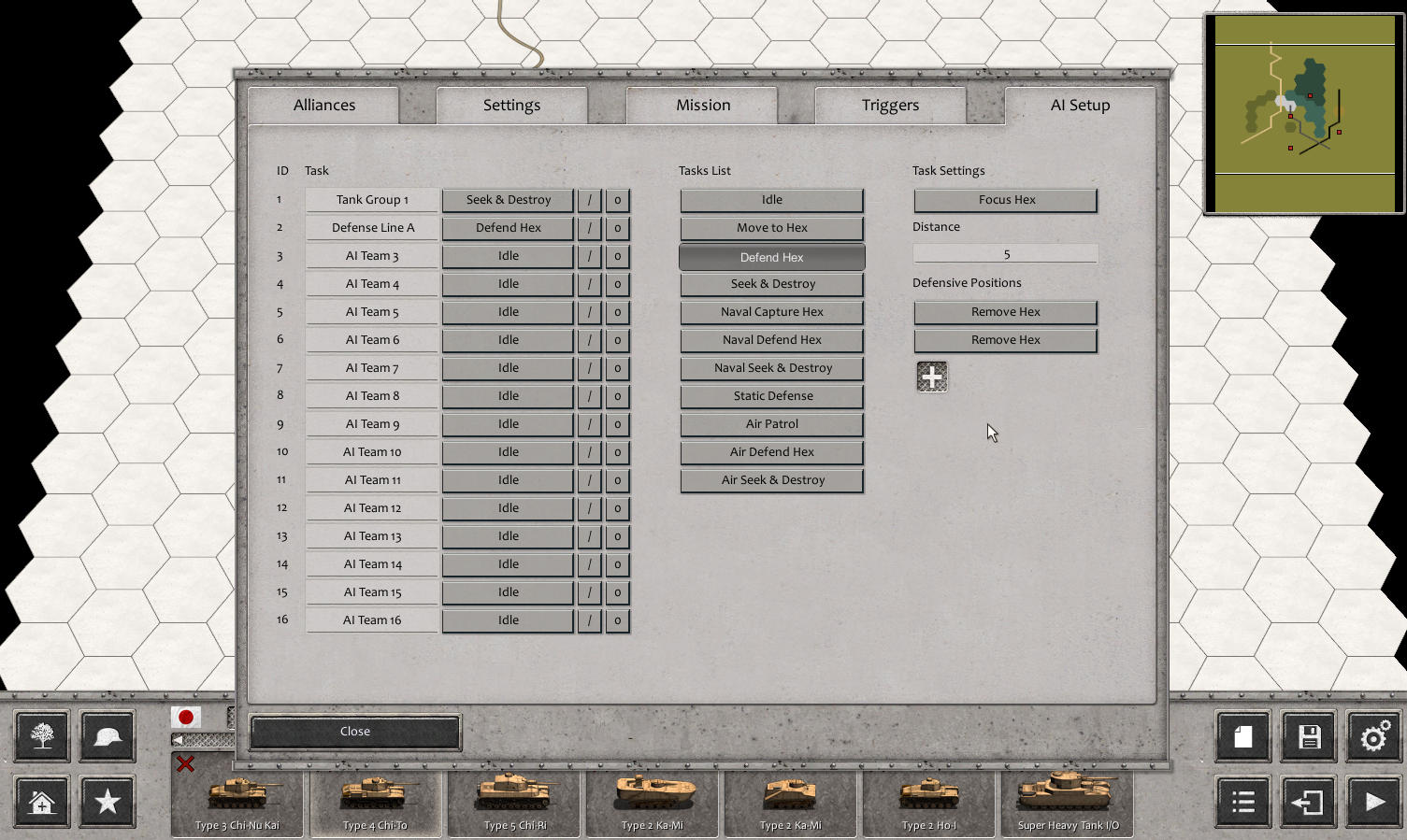 Finally the AI tab allows you to set up AI teams and tasks which can be assigned to AI controlled units on the map. 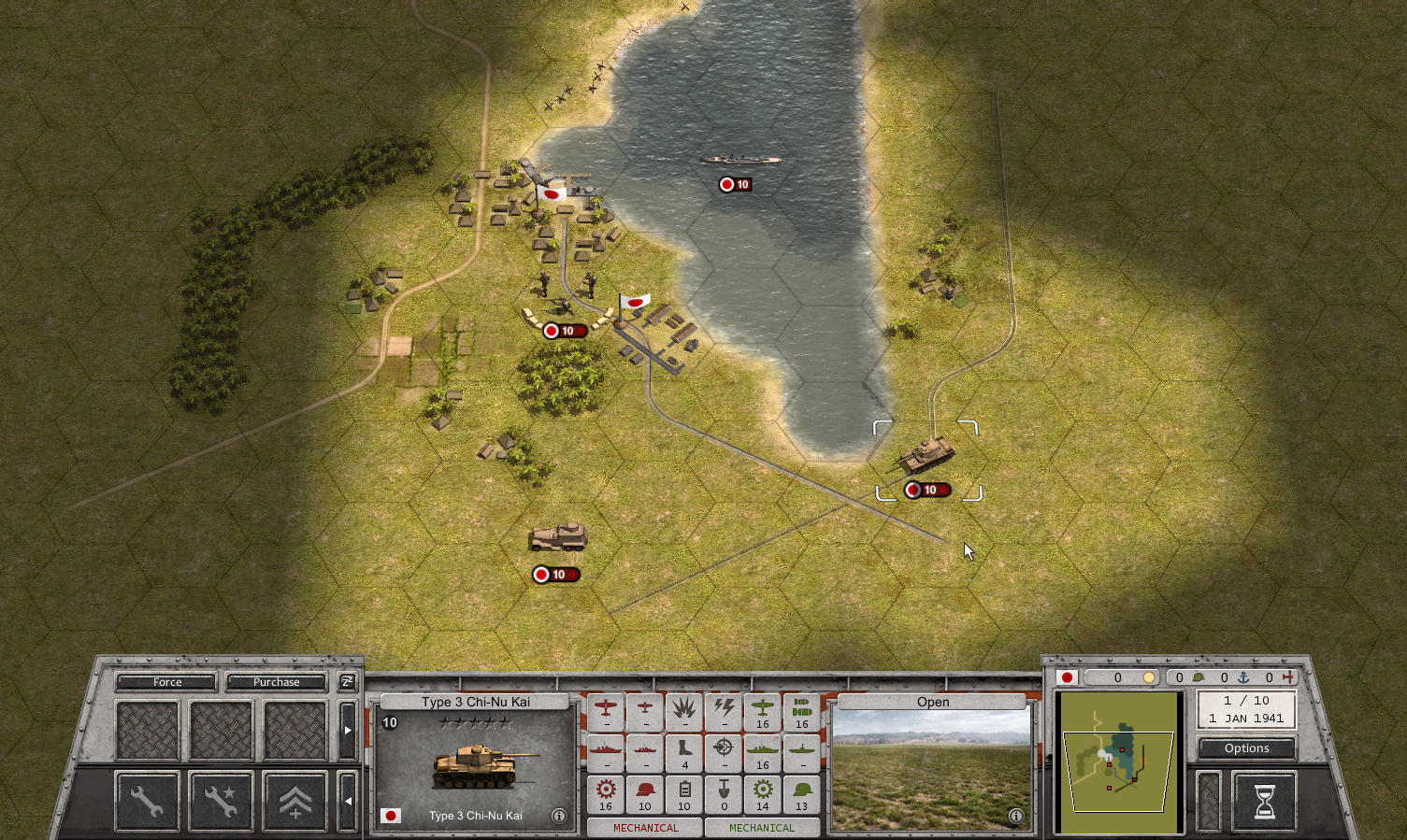 A simple click on the “Launch Scenario” button will allow you to play the scenario you’ve just created!